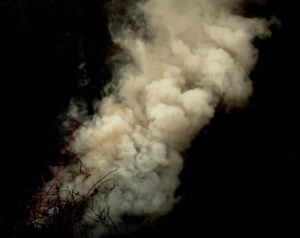 The Official Donald J. Trump birth certificate from The Jamaica Hospital, Jamaica, Borough of Queens in the city of New York, New York is here on NewsMax.com.  It states plainly

Which of course begs the question how does one rectify that as we did here. The answer, unfortunately, is a sticky wicket. Many think that birth time is when the head is shown “crowning.” My good friend, Vivienne Shafer, a CNRP (certified nurse practitioner) who has worked many a delivery, say that is wrong, because a head crowning could be stillborn and so until the baby “cries” does the delivery team know that it is alive.  If we use Mrs. Shafer’s definition, how could we be right with 10:03 when the birth certificate says 10:54.

Two minutes one way or the other

I can give another example in the same vein.

A friend of ours, Loir, was never happy with her chart, always picking and delving into it, tearing it apart, asking everyone she met to divine it because it did not describe her, or her marriage (there were no synastric aspects that could explain the attraction) & in consequence she felt inadequate.  She got a copy of the birth certificate from the hospital; she figured that was part of the problem.  But when it arrived, everything was still a mishap.

For her birthday last March, I decided to rectify Loir’s chart, and voila, the time on the birth certificate & my rectification did not match. I got 17:44.  I sent it to her as a gift.  She read it and for the first time, her symbols clicked, her progressions worked, her relationship with her husband Kieran made sense (where before there was nothing, now she had her Midheaven partile to his Ascendant); she was happy.  Why should this be so?  Eine mysterion (Greek for it is a mystery) or look above and pick your logical reason like clocks run fast or slow. I prefer that birth is a mysterious event and we must work to get it right.

So we are sticking with 9:58 AM which does not change as much as you would think :  Trump’s is Mars 26 Leo 45 & well within the orb of Regulus at 29.50 Leo and according to Vivian Robson, gives him “honor, fame, strong character public prominence, high military command” — he is Commander in Chief of the American Armed Forces .

The  Leo ascendant makes its natives tall and large boned people with conspicuous hair; especially when they are young and it is its most abundant  (see Michael Moore another Leo ascendant over here).  They have ruddy complexions, &  are rather squarish in stature.  They benefit, like the lion in the jungle, through social connections.

His Midheaven is now at 10 Taurus 26 giving him a dutiful character that does not shirk from his duty and with the square to Pluto partile his 1st house compels him to be bombastic and flamboyant. Leo has two martial planets, Pluto and Mars, in the 1st house, so whether you love him or hate him, no one ever feels neutral about Trump. His stellium in the 12th house in Cancer shows the importance of his mother and his affinity for large organizations but note he has nothing in the 10th house that traditionally is Presidential stamp.

Finally, he is a Bucket with a Moon handle in the 5th highlighting his sensitivity to criticism (it is trine his Ascendant), and attacks on his children — but that is typical of the lion, and should be no surprise.

Home » BLOG » Presidents and First Ladies » Will the right Trump birth time please stand up?
a